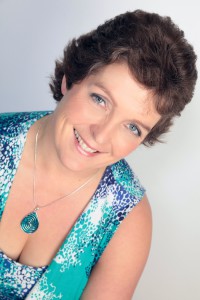 Being positive and assuming that I will live to a ripe old age, I am most definitely middle-aged now (luckily though, this a definite advantage for a therapist as it means I have plenty of life experience to draw from).

Originally I trained as a secondary school teacher, doing my teacher training at Bristol University after getting a maths degree at Oxford University. I then moved on to software and IT related jobs until retraining to be a Cognitive Hypnotherapist.

So why the change of career? Well, I have seen various hypnotherapists over time, and they had all done pretty much the same thing: help me go into a deep trance and give me suggestions. It was all lovely and relaxing and certainly had an effect in the short term. However, I then came across Cognitive Hypnotherapy and was intrigued by how very different it was. Although I had never considered re-training, once I discovered the Quest Institute diploma course I was hooked, and have not looked back since.

Although a background in maths may not initially seem to be relevant to a new career as a hypnotherapist, I believe that my natural aptitude for problem solving and finding patterns (which is why I was drawn to maths at school) is a huge benefit in this field. A key part of Cognitive Hypnotherapy is spotting the patterns to people’s problems, and then working out the best method to change them. Coupled with the people skills I gained from my teaching career, and from the coaching and training I continued to do afterwards, I found this gave me a good framework upon which to develop the new skills required by a Cognitive Hypnotherapist.

I was trained by Trevor Silvester, the creator of Cognitive Hypnotherapy and co-founder of the Quest Institute. The diploma course at the Quest Institute is one of the most thorough that is available in the UK, with people often travelling long distances to attend.

Now to explain those letters after my name:

The work I did for the Diploma of Cognitive Hypnotherapy (DipCHyp) that I was awarded by Quest was also externally validated by the National Council for Hypnotherapy (NCH) for the Hypnotherapy Practitioner Diploma (HPD). This is the only, independently accredited, professional standard qualification in Hypnotherapy in the U.K. The ‘MNCH’ lets you know that I am a member of the NCH.

I am also a qualified Neuro-Linguistic Programming Master Practitioner (what a mouthful! NLP(MPrac) is far easier), and my degree earned me a Bachelor of Arts (BA) but please don’t ask why maths at Oxford is a BA rather than a BSc because I don’t know the answer.

That covers all the letters, and all that is left is to tell you is that to be able to use some of those letters I have agreed to adhere to strict codes of ethics and conduct which you can read about here at the National Council for Hypnotherapy.